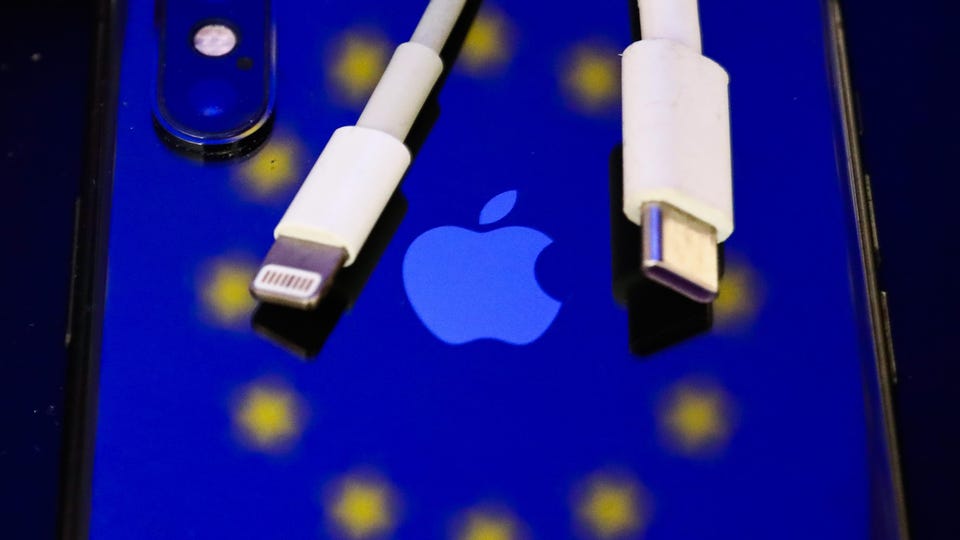 Recently, on October 4, the European Parliament voted in favour of a rule forcing tech companies to mandatorily provide a USB-C charger and port across all devices, beginning in Autumn 2024.

Rule and its passage

The newly approved rule passed by an overwhelming majority in the European Parliament, indicating its wide support. The rule is the first of its kind anywhere in the world and would essentially make the USB-C connectors used by Android-based devices standard across all 27 nations of the EU Bloc. This would be of substantial impact on Apple Inc., the maker of the iPhone.

The plan was provisionally agreed upon in June between the European Commission and EU member countries, with a total of 602 lawmakers voting in favour. Only thirteen members voted against it, while eight abstained. Although the rule would still require member states to sign off on it, it is likely to become law at the beginning of the coming year.

The European Commission in October 2021 proposed USB-C as a common charging port for all devices. This would allow consumers to charge their devices with the same USB-C charger, irrespective of the brand of the product. It also further suggested the unbundling of chargers from electronic devices in order to limit the number of “unwanted chargers” purchased or left unused.

It is worth noting that this proposal includes only wired chargers. In the case of devices that are charged only through wireless modes, the USB-C port is not compulsory.

The rationale behind the rule

The European Commission had earlier said that, on average, consumers in the EU own around three mobile phone chargers, of which two are in use on a regular basis. Despite this, around 38 per cent of consumers have reported having problems experienced problems at least once. They said they could not charge their mobile phones because the available chargers were incompatible.

The Commission added that consumers spend roughly 2.4 billion pounds annually on standalone chargers that do not come with electronic devices.

The law is also intended to reduce electronic waste.

The new rules will force the manufacturer to introduce USB-C ports in all its devices. This could potentially result in Apple devices being changed for other jurisdictions, too, due to the value Apple attaches to uniformity in its production lines.

However, it is important to note that over the years, Apple itself has been moving away from the lightning cable. It has already introduced MacBooks and iPads that use USB-C charging ports.

Also, it has been rumoured that Apple has been working on a port-less iPhone that would be exclusively charged using a wireless charger.

Apple had initially complained that the proposed standardization would stifle innovation.

Member states are expected to grant approval to the new rule on 24 October, post which the rule shall be signed into law at the parliament. Following a provisional agreement by the EU in June 2022, the UK government informed BBC News that it was not currently considering “introducing a common charging cable”. However, under the current post-Brexit arrangements, the new regulation could apply to Northern Ireland.

It remains to be seen what the long-term impacts of this never seen before regulation will be. Will it stifle and suffocate innovation and capitalism as Apple claims it does, or will it usher in an era of responsible consumption and supply? I remain to be seen. Only time shall tell.

European Commission proposes a declaration on digital rights and principles

Written By – Rajnish In a  joint declaration the organs of the European Union: the European Parliament, the Council and the Commission proclaimed the...