These questions are of seeming importance both in the context of Jurisprudence and Legisprudence. The Jurisprudential and Legisprudential understanding shall be considered together. Let me first start with the very understanding of Marriage. How shall Marriage be first determined? If we see the Perspective of Law, Law does not give a common answer to the very definition of Marriage. Marriage and its aspects have been addressed in different religions and with different religions, the understanding of marriage varies. Even the Special Marriage Act does not intend to define marriage and its necessary contours. Therefore, it becomes a pressing need to define Marriage. But how shall one define Marriage, is again a very important question? Does the definition of Marriage will have a religious understanding and if not, then which standard shall be accepted?

(a) The introduction (to any extent) by a man of his penis, into the vagina (which term shall include the labia majora), the anus or urethra or mouth of the married spouse–

The Mental Dignity of Married Spouse shall be said to be violated by the ‘Act of Force’.  The Act of Force shall include where the consent of the married partner is not taken while engaging or purposing to engage in the act of sexual intercourse within the married life; the Act of Force shall include, whereby the ‘Consent of a Married Partner is induced by threat, undue influence and compulsion for being in the position of Marital Relationship or against the Will of Married Spouse” or “by threat removing the Marital Ties in absence of performing or engaging in such sexual act”. This Act of Force, shall not be mere simpliciter, the Act of Force shall necessarily lead ‘where the Spouse, whose consent is obtained by such Force, shall have reason to believe that the consent for sexual intercourse by such force has deprived of her bodily autonomy, dignity and has led to Mental Cruelty.” It is only when Mental Cruelty is understood in the Light of Violation of Dignity, we get the second understanding of Mental Dignity.

It is through this understanding of Marriage, whereby Dignity is ensured we can answer the very pressing question of Forced Sexual Intercourse within Marriage. The term Martial Rape must be substituted by the term “Act of Sexual Intercourse through Act of Force violating the Dignity of Married Spouse”. The very reason is that the very Idea of Marriage allows “Sexual Intercourse” with the Married Spouses and it is their Conjugal Right but what is not allowed, is this very act which I have defined above. The Sexual Intercourse is necessary for the Married Life, the Family Life, the Kindest Expectations of begetting a Child, fulfilling their Martial Desires are considered important for health and a dignified married life.

Now I shall address the consequence of such an Act. The Act shall be considered as an Offence within the meaning of the Indian Penal Code and shall also be allowed to have proceeded under the Family Court. I find it of utmost importance, that both the Criminal Court and Family Court shall have jurisdiction to decide this pressing question. The standard to be adopted by Family Court shall be different from the standard of the Criminal Court. In Family Court, the Married Spouse shall have the Right to file Application for Judicial Separation and Divorce. An Act shall be enacted by Parliament by law, whereby the Parliament shall introduce the Ground of “Act of Sexual Intercourse through Act of Force violating the Dignity of Married Spouse to be one of the grounds for Judicial Separation & Divorce”. While the proceeding for the Family Court continues, it shall be also included as an Offence within the Indian Penal Code. The Punishment shall be made for committing such a heinous offense and Punishment shall be defined thereto.

The very important question that lies is whether such Acts could be condoned? In my view like every different offence, this offence lies also within the purview of Pardon, Respite, Reprieve, and Remission. Therefore, the person shall approach the concerned authorities. But the most important thing lies in the context of sentencing the married spouse. In my view, I find that the view of a married spouse against whom the offence is proved to be committed shall be given a very important consideration by the Judge while Sentencing the Convicted Person. There shall be fixed a day for sentencing and before such day, the view of the married spouse shall be taken and given important consideration.

The question which necessarily follows is that whether such offence could be Compoundable? This is very important matter, whereby the question of preservation of family life and dignity of individual intersects. In my opinion, before deciding the Nature of Offence we must first determine, what shall be the terms of punishment to be awarded to the accused? In my opinion, it shall range from minimum period of 1 yr. to maximum period of 7 yrs. It shall be made Compoundable only with the permission of the Court, in order to protect the married life of the spouses, wherewith the Spouse whose dignity is violated, the opinion of such spouse, shall be given important consideration. Further, if such Forced Sexual Intercourse, is done at the time of pregnancy without the consent of wife or against her will, it shall be punishable at least for 3 yr. to maximum punishment to 7yr. The Offence shall too be compoundable. If the Forced Sexual Intercourse during pregnancy leads to Miscarriage and without the consent of Wife then Sec. 313 of Indian Penal Code shall be applicable and the same punishment shall be given to accused. In the first two cases, the State shall be party only after a written complaint is filled by the aggrieved person before the Magistrate and the Investigation shall be done as Case deemed to be instituted on Police Report. But in the last case of Miscarriage, the Offence shall be Cognizable, Non-Bailable and Non-Compoundable.

The Spouse shall have the Right to Maintenance notwithstanding the Marriage has been dissolved by a decree of Divorce or Decree of Judicial Separation has been granted. Further, the Right to Maintenance shall not be affected by the Conviction or Imprisonment of Married Spouse or Pending of Investigation, Inquiry or Trial of such Offence. Restitution of Conjugal Right shall not be granted until the petition for Judicial Separation or Divorce has been adjudicated. It is in this Light, Married Life and violation of the legitimate expectations of Dignity that lies within it shall be considered. 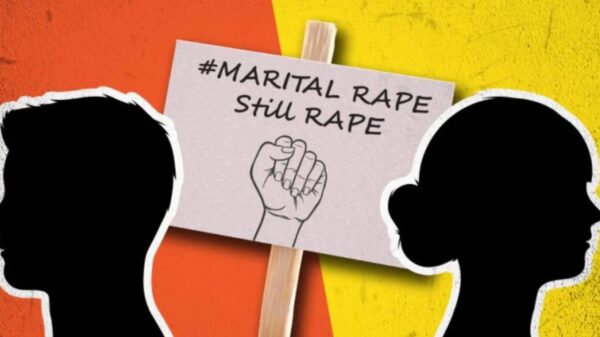 Written by Vidisha Mathur Rape Survivor moves to the Apex Court to challenge the anticipatory bail granted to the Malayalam Cine actor – Mr....