On July 2, Actor-producer Suriya tweeted his objection to the draft Cinematograph (Amendment) Bill, 2021, while asking his followers on Twitter to record their objections to the proposed amendments to the Cinematograph Act of 1952.

The central government announced the amendment of the Cinematograph Act of 1952. As per the new draft, the centre will have a revisionary power that will empower it to re-examine the films that have already been cleared by the Central Board of Film Certification (CBFC).

Suriya shared the Google document link, where people can register individuals can enroll their remarks against the draft Cinematograph bill, which is promoted as a significant danger to freedom of creative expression in movies. He additionally tweeted that “Law is meant to protect the freedom of expression it is not supposed to strangle its voice, Today’s the last day, go ahead and file your objections!!”

A few leading actors and filmmakers of the Indian film industry like Anurag Kashyap, Nandita Das, Vetri Maaran, and Kamal Hassan have united against the draft Cinematograph (Amendment) Bill, 2021. With the recent disintegration of the Film Certification Appellate Tribunal (FCAT), the filmmakers will have to move High Courts with their grievances, which would add to their financial burden.

Kamal Haasan also slammed the draft bill and tweeted that “Cinema, media and the literati cannot afford to be the three iconic monkeys of India,” and asked people to raise their objections to protect “freedom and liberty” in the country.

The Indian film fraternity is urging people to record their protest as the I&B ministry has looked for public opinion on the draft Cinematograph (Amendment) Bill, 2021 till July 2.
The letter with more than 6,000 signatories was sent to the Information and Broadcasting Ministry yesterday.

In this article:Freedom of Expression 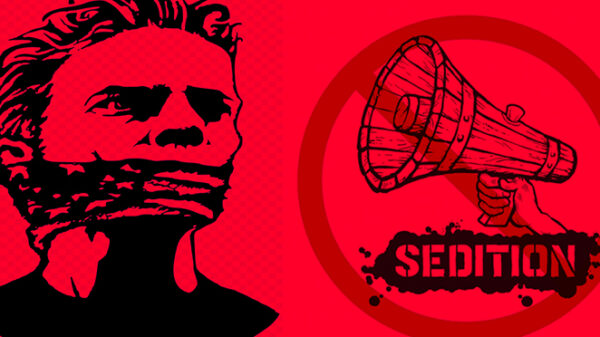 Introduction:  As per the latest NCRB crime report showed that 76 sedition cases were registered across the country in the year 2021, 73 registered...